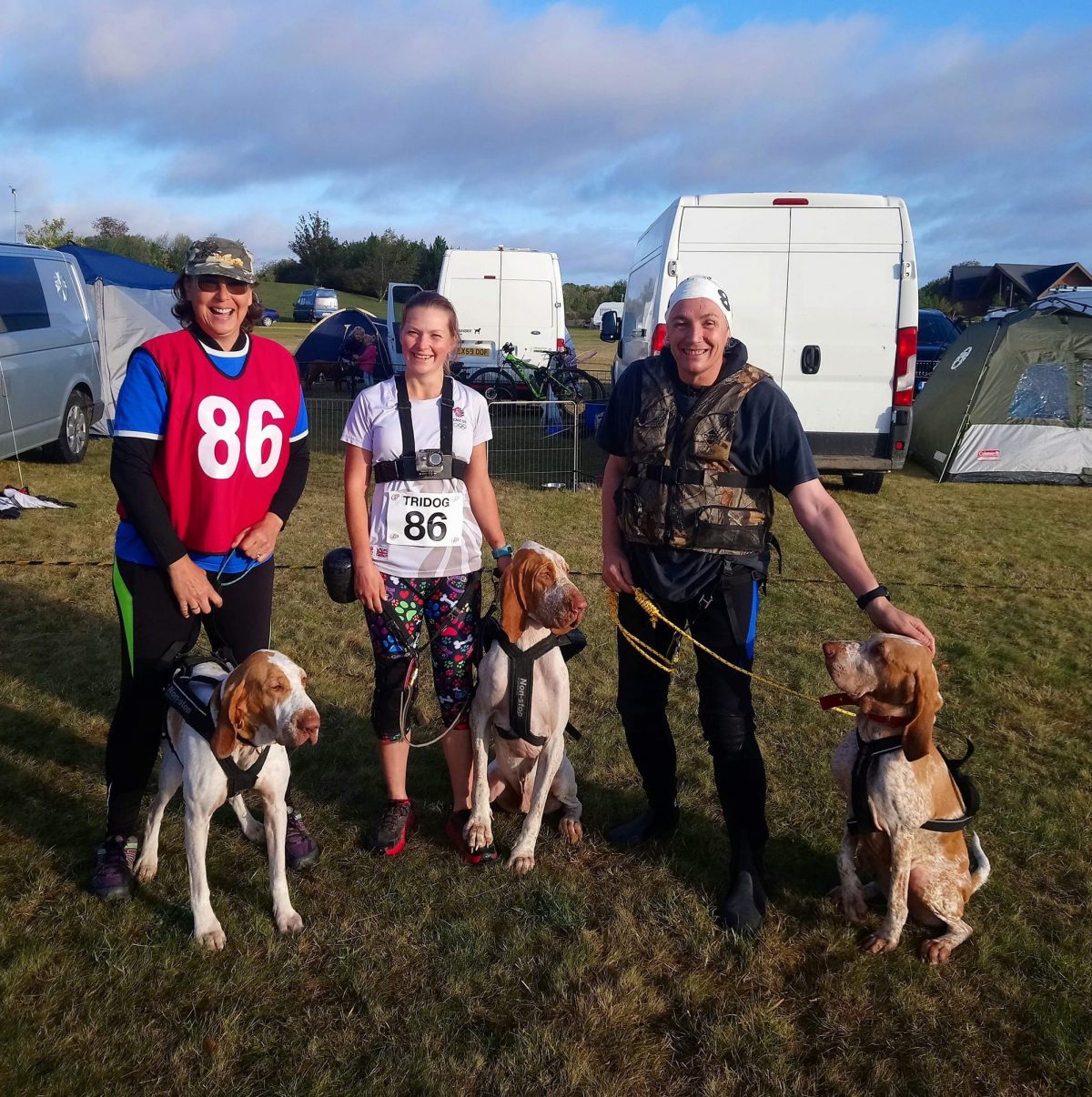 Jackie Carr-Jones is up again with Team Brac Pac, we think the first Bracco Italiano team for the Tri-Dog, a triathlon competition for dogs, which incorporates, swimming, bikejor. dog scottering and canicross. The team which included, Jackie and Siena (bikejor), Raymond Lewis and Daisy (Swimming) and Rebecca Grant with Gus were placed 5th on day two.

Massive congratulations and well done to all human and bracchi competitors. 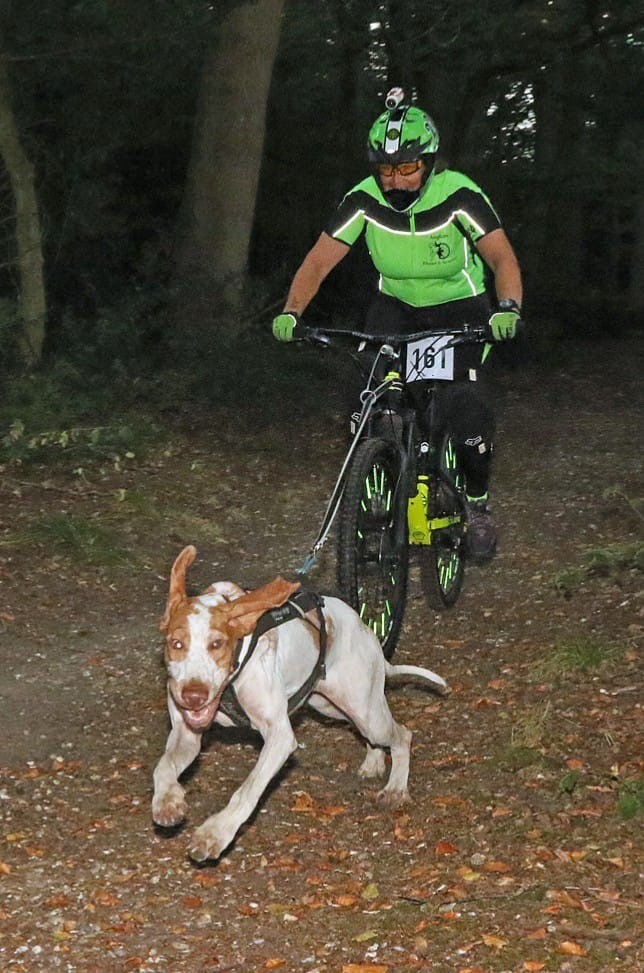 Jackie Carr-Jones and Siena on their way to winning bronze last weekend at at the Checkendon Challenge in Bikejor. A great result especially as they had a tangle and lost vital seconds and second place.